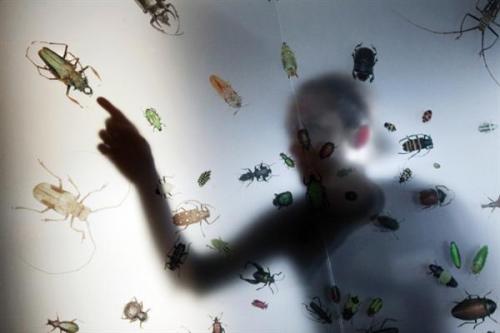 In Darwin’s day, biologists travelled the world to identify and classify plants and animals. They collected specimens and named them, grouping them in related categories to show how life on Earth is organised.

But today, support for taxonomy – the system of species classification pioneered by 18th century ‘superstar’ biologist Carl Linnaeus – is dwindling.

The lack of funding isn’t just an esoteric problem for a few people in labs and university classrooms. It affects children (and likely their parents) as much as professional scientists.

Taxonomy “has suffered somewhat because we’re not taking kids out into the world, showing them the world,” says one present day biologist currently working on a project called Venus, designed to find new species on the ocean floor. “Children haven’t changed. The sense of wonder is no different in the modern child.”

But nature has to compete with TV and the internet, and structured play. The ramifications potentially run deep. In the words of another biologist: “It is unrealistic to expect people to care for the local environment if they are unaware of the organisms that live in it.”