Historical botanical illustration of the day 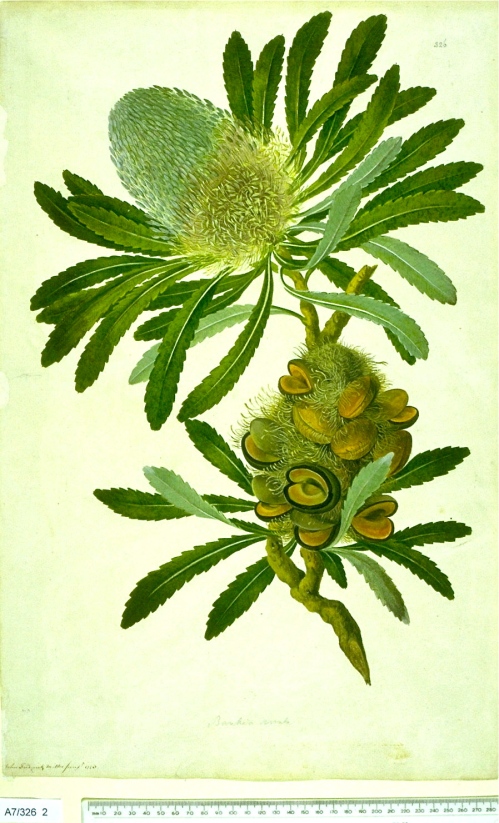 Banksia serrata, commonly known as Old Man Banksia, Saw Banksia, Saw-tooth Banksia and Red Honeysuckle, is a species of woody shrub or tree of the genus Banksia in the Proteaceae family.

The plant is native to east coast Australia is one of the four original Banksia species collected by Joseph Banks in 1770, and one of four species published in 1782 as part of Carolus Linnaeus the Younger‘s original description of the genus.

The above illustration, dated 1773, is by John Frederick Miller, who, along with his brother James, was commissioned to produce paintings based on the sketches made by the artist Sydney Parkinson during his round-the-world voyage with Banks under Captain James Cook from 1768-71.

Parkinson never made it back to England, but before he died he finished 280 botanically accurate paintings, and over 900 sketches and drawings during the course of the expedition. 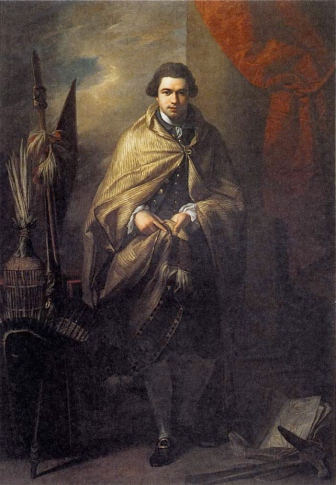 Banks subsequently employed the likes of the Millers, Frederick Polydore Nodder and others to complete these works with the aim of publishing a magnificent ‘florilegium’ comprising 14 volumes of the natural history discoveries he and his fellow naturalist Daniel Solander made during the Endeavour voyage.

The pair returned to a heroes’ welcome. Their celebrity status and popularity among high society eclipsed that of the Endeavour’s captain. Cook was presented to the King George III and promoted to master and commander, but it was Banks who was received first, at a court held a week earlier.

Between 1771 and 1784 Banks hired 18 engravers to create the copperplate line engravings from the 743 completed watercolours (595 of these were new artworks based on Parkinson’s unfinished works) at a considerable cost.

A total of 738 copper plates were eventually made, with the aim of using them to include illustrations in the final ambitious tome. However, for some reason the project came to a halt.

Banks was all set to go on Cook’s second round-the-world voyage in 1772 but fell out with his former friend and fellow Hellfire Club member Lord Sandwich after demanding so many modifications to the ship that it became unsailable. His pride bruised by the Admiralty’s eventual refusal to compromise he set off on a trip to Iceland instead and Cook left aboard the HMS Resolution without him. 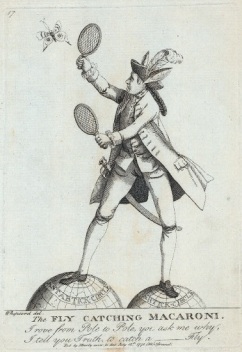 The public’s attitude towards Banks began to change, reflected in a number of caricatures that portrayed him as butterfly chasing ‘macaroni’.

By the end of 1774, Dr Hawkesworth’s official version of the Endeavour’s voyages was in wide circulation, and this, together with the return of the HMS Adventure (which had set off together with the Resolution), revived interest in the South Seas, providing more information about Tahiti and fuelling gossip about Banks.

After he returned from Iceland he was a busy man, becoming botanical advisor to the King in 1773, buying up the herbarium of Chelsea Physic Garden chief Philip Miller the following year and making plans to use this as the basis of creating Kew Gardens.

He was made president of the Royal Society in 1778, aged thirty-five, married in 1779, gained a seat on the Board of Longitude in around the same time and was knighted in 1781.

But none of this explains why the florilegium never saw the light of day.

In 1782, Banks told Edward Hasted, a fellow member of the Royal Society, that he hoped to publish soon. In 1784, he wrote to Johan Alströmer, saying that so little was left to do that it would be completed in months.

But some strange turn or quirk in his mind made him reluctant to come to the final point of publication and it never happened. Several reasons have been suggested, including the affect on him of Solander’s death in 1782, the distractions of his other interests in public affairs, the American War of Independence, the French Revolution, and an economic depression, which were all affecting England. 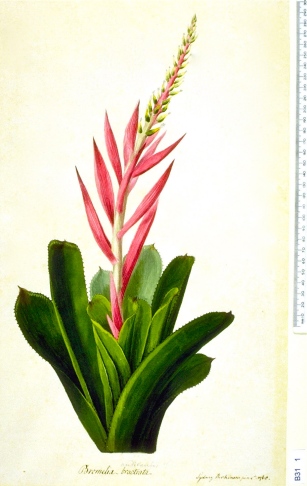 But the true cause remains “impenetrably obscure”, according to Patrick O’Brian in his excellent biography of Banks.

The florilegium was not printed in Banks’ lifetime and he bequeathed the plates to the British Museum.

Some of them eventually met with publication, however. Between 1900 and 1905, James Britten and the British Museum issued 315 of the plant engravings in black ink, under the title Illustrations of Australian Plants. Others were included in black and white in the 1973 book Captain Cook’s Florilegium.

The first complete full-colour edition of the Banks’ Florilegium was published between 1980 and 1990 in 34 parts by Alecto Historical Editions and the British Museum. Only 100 sets were made available for sale, some on a subscription basis.

The Botany Library at the Natural History Museum in London holds all the surviving botanical artwork from the Endeavour’s Pacific voyage including the one of Banksia serrata above and Aechmea Nudicaulis (right).